Year of the Horse

On January 31st 2014 we enter the Chinese year of the Horse. The horse is an auspicious sign for all of us but for me especially. I grew up with ponies and horses and have always felt happiest with horses nearby. Although I love living in Amsterdam, more contact with the natural world and in particular with horses is something I yearn for.

This year, the theatre production, War Horse is finally coming to Amsterdam! Firstly, the original English production will be simulcast at Tuschinski on 27th Feb and then for the Holland Festival the Dutch production will run throughout the summer at Carré. I’ve got my tickets already for both events! I saw the production in London and it was the most moving piece of theatre I have ever seen. It’s amazing how quickly one suspends disbelief and the puppets become real horses, living and breathing on stage. Visceral in its immediacy, emotional without being sentimental and especially poignant this year during the commemoration of 100 years since the outbreak of World War I.

To celebrate wonderful equine friends and family, I want to share a favourite poem with you. It conjures up cosy evenings spent with my family in the seventies, watching the Horse of the Year Show. Each year during the closing ceremony, a horse would stride out into the spotlight of Wembley arena, stand still and the audience would hush. The mellifluous tones of the late, great Dorian Williams would recite this ode by Ronald Duncan,

Where in this wide world can man find nobility without pride,
friendship without envy, or beauty without vanity?
Here where grace is laced with muscle and strength by gentleness confined.

England’s past has been borne on his back.
All our history is in his industry.
We are his heirs;
He is our inheritance. 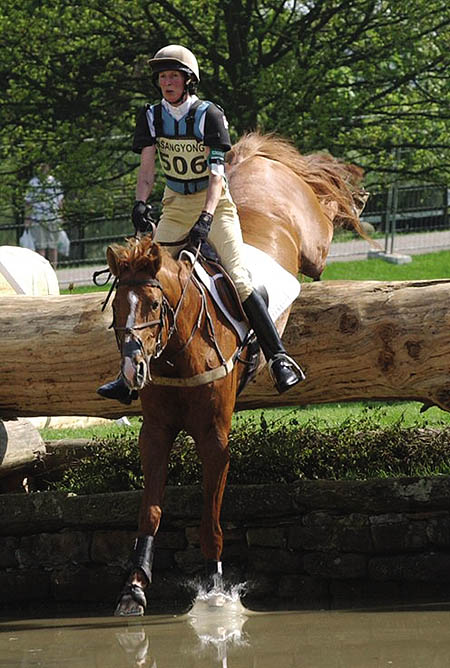 Angela writes using pseudonym, Susan Carey. She has dual nationality, GB/NL and lives in Amsterdam. Susan has had short fiction published on multiple platforms and was a runner-up in the 2018 and 2017 Casket of Fictional Delights Flash Competitions. Every year she is crazy enough to take part in Nanowrimo, and has done so successfully since 2009. Her writing has also been published and performed by amongst others; Mslexia, Liars’ League, Reflex Fiction, the Casket and of course the wonderful Writers Abroad. She has a love hate relationship with her adopted hometown and often dreams of living in a thatched cottage, far from the madding crowd.
View all posts by susancarey →
This entry was posted in Uncategorized and tagged Carré, Christine Hardinge, Crown Feldspar, Dorian Williams, Horse of the Year Show, poem The Horse, Ronald Duncan, the Chinese year of the Horse, Tuschinski, War Horse. Bookmark the permalink.

4 Responses to Year of the Horse