The Prince Who Kept Mum – Delving into Delft

Willem de Zwijger, (William the Silent) was the founding father of the Dutch monarchy. Zwijgen is a verb that can’t be translated directly into an English verb. We have the expression, keeping mum, which means the speaker knows about something but chooses not to reveal the information.

The Nickname
Legend has it that while William was out hunting with the King of France, the King revealed the Spanish Duke of Alba’s plans to get rid of all the Protestants in the Netherlands. By keeping mum and pretending to know of the plans already, William discovered the Duke’s plan of attack. William was the main leader of the Dutch revolt against the Spanish that set off the Eighty Years’ War, finally resulting in the formal independence of the United Provinces in 1648.

He became Prince of Orange in 1544, founder of the branch, House of Orange-Nassau and the ancestor of the present monarchy of the Netherlands. Dutch royals are buried in de Nieuwe Kerk in Delft. What Westminster Abbey is to the English Royal family, de Nieuwe Kerk is to the Dutch royal family. Old Will was a big cheese, quite good looking in his youth and he has one mighty mausoleum to prove it!

Mini-Bruges
Delft is a very picturesque and compact city, a sort of mini-Bruges, but minus the hordes of tourists. The people are friendly and laid back. You’ll notice that the water level of the canals is much higher than in Amsterdam. This is very pleasing to the eye and visually the water is better integrated into the cityscape.

Vermeer
Its connection with the artist, Vermeer also attracts a lot of visitors. Since the book and the film of ‘The Girl with the Pearl Earring,’ Vermeer’s popularity has grown and Delft is a pilgrimage for art lovers. You can visit The Vermeer Centre and discover how he mastered his unique depiction of light. We didn’t because my husband said he was getting a bit tired of the endless depictions of ‘The Girl With the Pearl Earring,’ and besides it was beer o’ clock…

Great places to eat, drink and lay your head
de Plantaan Hotel. Huge bar where you can sit for ages in a deep armchair and look out onto the beautiful sycamore tree. Themed rooms offer an exotic sleepover for the very tired tourist.

‘t Postkantoor is the former post office building transformed into a retro restaurant with fifties style decor. Outside there’s a lovely terrace, with Far Eastern-inspired patio furniture. Great food in an unusual setting. 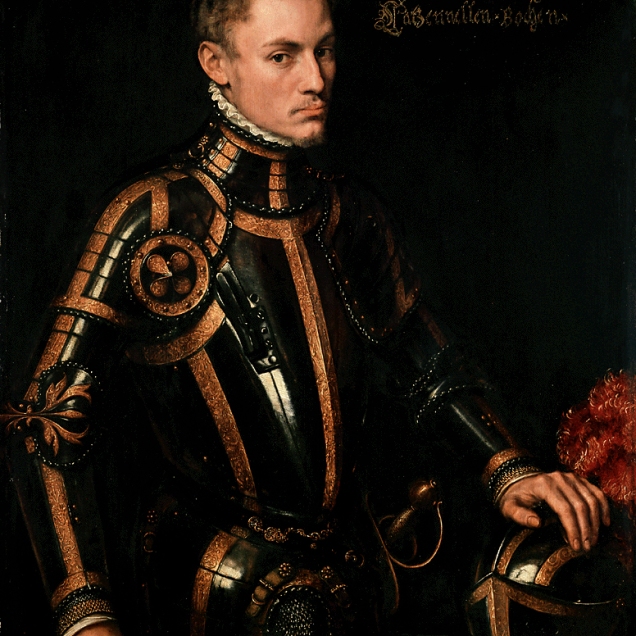 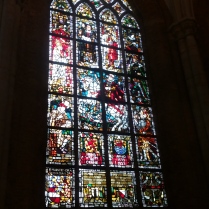 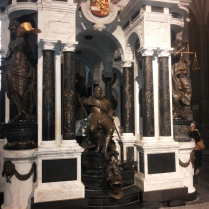 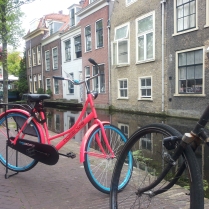 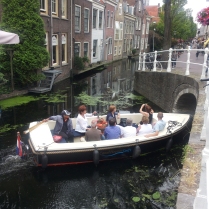 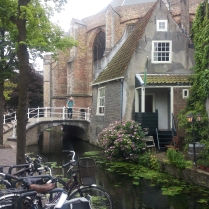 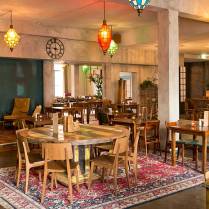 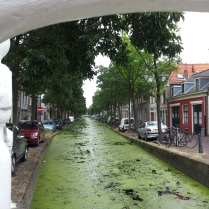 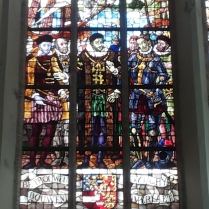 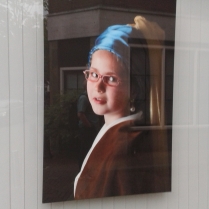 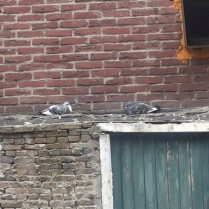 Angela writes using pseudonym, Susan Carey. She has dual nationality, GB/NL and lives in Nijmegen. Susan has had short fiction published on multiple platforms and was a runner-up in the 2018 and 2017 Casket of Fictional Delights Flash Competitions. Her writing has also been published and performed by amongst others: Mslexia, Liars’ League, Reflex Fiction, the Casket and of course the wonderful Writers Abroad. In 2020 she published her short story collection, Healer. Tweets at @su_carey
View all posts by susancarey →
This entry was posted in Uncategorized and tagged 't Postkantoor Delft, de Plantaan hotel, Delft, Girl with a pearl earring, Keeping mum, Nieuwe kerk Delft, Prince of Orange, The eighty years war, vermeer, Willem de Zwijger, William of Orange. Bookmark the permalink.

3 Responses to The Prince Who Kept Mum – Delving into Delft