Meet the Head of Fine and Decorative Arts at the Rijksmuseum

During a recent serendipitous encounter I had the good fortune to meet Professor Dr. Gregor J. M. Weber, Head of Fine and Decorative Arts at the Rijksmuseum. Rembrandt: The late works is currently showing at the National Gallery in London and Professor Dr. Weber was closely involved in its realisation. Don’t worry if you can’t make it to London because in February 2015 the exhibition, Late Rembrandt will be opening at the Rijksmuseum. The show in London has had fabulous reviews so I urge you to go and see the exhibition when it comes to Amsterdam. I have also been reliably informed that there will be four extra Rembrandt’s to admire in the Dutch exhibition! Be sure not to miss it and buy tickets via this link, well in advance.

Gregor Weber is a modest man who usually stays out of the limelight but he has been kind enough to show us a glimpse of the man behind the curator. 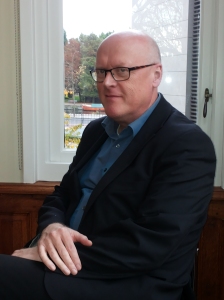 What made you decide to become a curator?
During my childhood in Germany, I was surrounded by art. Whenever we went on holiday my family and I visited galleries and churches filled with decorative arts, paintings and sculptures. My father also asked a local artist to create paintings for us to hang in the family home. When I was about fifteen years old my father received a book about Pieter Breughel. I was so enchanted by his paintings and the magical world he portrayed that I travelled to Antwerp and Brussels to see Breughel’s work for real. I will never forget the frisson of excitement when I surreptitiously touched a Breughel painting for the first time. 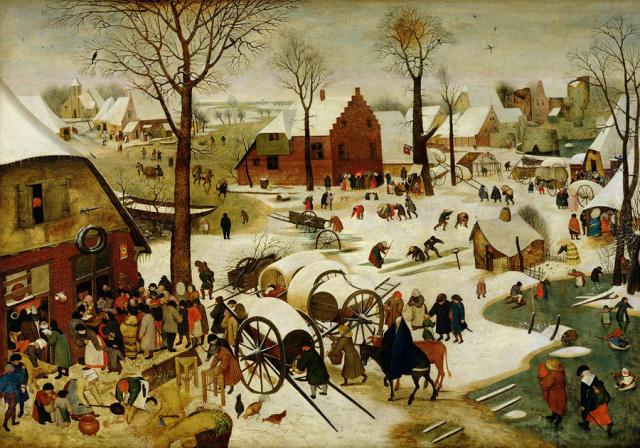 What do you love about your job?
A curator decides about restorations, hangings, selections and acquisitions; dealing very closely with the objects that one loves. But one should be careful not to identify too much with ‘your’ collection. I know some curators who suffered a lot after retiring because they were separated from their ‘friends’. Others linked their self-esteem to the number of Titian, Raphael or Rembrandt paintings they had the pleasure to administrate. But this is as dangerous as it is ridiculous – only if you really know a lot about these paintings and artists and if you can effectively share this knowledge with the public and your colleagues, then perhaps you can become a sort of spokesperson for the art.
Having such an extensive knowledge of art history, whenever I am in the great cities of the world; Venice, London, Florence and Amsterdam I can see those places through the eyes of great painters that have lived and worked there. It’s time-travelling but without the aid of a time-machine.

What do you like least about your job?
When you have twenty or more curators reporting to you, you end up working more for them than for yourself, but that’s something that comes with the job and is only right and proper. I have fortunately done very well in my career and sometimes that means my job is more administrative than I would like. But I do try and stay abreast with my field of science: staying in touch with students, colleagues, etc. Talking about art and not only administrating it!

Which is your favourite Rembrandt painting? Why?
Hm, it depends on my mood, the weather, or just how I feel on that day. It’s the same with music, sometimes I listen to Lady Gaga, other times I listen to Pergolesi. 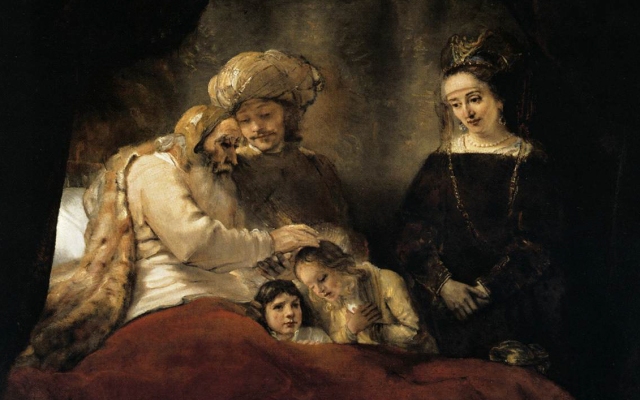 However, one of my favourite Rembrandt paintings is the Blessing of Jacob from the museum in Kassel. It is a very emotional painting. Rembrandt plays down the conflict in the story. (Joseph is worried about the blessing because he thinks his father Jacob is making a mistake.) Rembrandt chose a moment when Joseph is supporting his father while he blesses the grandchildren – so the harmony in the family is underlined, not the conflict that all other painters have depicted before and after Rembrandt.

Which is your favourite film and/or book?
Do you know the film by Ariane Mnouchkine about Moliére? I think it changed my life, the settings, characters and music transport one to another plane of being. The film is also full of references to famous paintings. An actress is lit like Vermeer’s Girl With a Pearl Earring, Moliére’s childhood room is based on a painting by Pieter de Hooch. If you can recognise all these references then the film gains extra layers of meaning.

The last book I read was by Jonas Jonasson, The Hundred-Year-Old Man Who Climbed Out the Window and Disappeared. It’s entertaining as well as sympathetic. It encourages the reader to copy the protagonist and jump headlong into adventures, go to foreign climes and start anew! 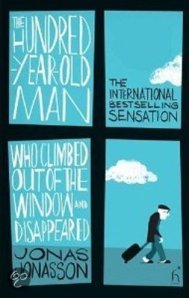 An unexpected fact about yourself?
At the age of fourteen I switched from piano lessons to organ lessons. I was an organist in our local church; playing almost every afternoon and occasionally giving concerts. But this is a long time ago, now I’m happy with my piano in Amsterdam. But another thing – and I know only one other person who can do this – I can write without hesitation in mirror script. It is just a question of turning the words around in my head, and it’s very useful for keeping a confidential diary!

Which is your favourite city? Why?
I love living in the Netherlands and above all in Amsterdam. It is a beautiful city, full of fine architecture. And the water makes it very liveable. The reflections and humidity create a special kind of light. In my house on the ring of canals I enjoy contemplating the wave-like reflections of the water on my ceiling. It’s enriching. Maybe later I would like to live in a quieter city like Delft, Amsterdam is busy and overcrowded at times. But for now I love its vivid character, the young people and the tourists from all over the world!

Angela writes using pseudonym, Susan Carey. She has dual nationality, GB/NL and lives in Nijmegen. Susan has had short fiction published on multiple platforms and was a runner-up in the 2018 and 2017 Casket of Fictional Delights Flash Competitions. Her writing has also been published and performed by amongst others: Mslexia, Liars’ League, Reflex Fiction, the Casket and of course the wonderful Writers Abroad. In 2020 she published her short story collection, Healer. Tweets at @su_carey
View all posts by susancarey →
This entry was posted in Uncategorized and tagged Amsterdam, Amsterdam Museum, curating, Curator, Late Rembrandt, National Gallery, Painting, Pieter Breughel, Professor Gregor J. M. Weber, Rembrandt van Rijn, Rembrandt: The Late Works, Rijksmuseum, The Dutch Golden Age, Visual Art. Bookmark the permalink.