Touching Base
That’s part of being an expat. Sometimes you need to return to your real ‘home,’ and real people. Auntie Annie was born on a farm in Herefordshire, the second eldest of five siblings. In June she will be 89 years old and she still lives independently, does all her own housework and is the principle carer for Uncle John who suffered a stroke six years ago. They both maintain a vegetable garden and eat many of their own crops, keeping alive that vital contact with the earth that was their livelihood for many years. Auntie Annie has Hereford soil mixed in with her blood. She farmed all her life and has wonderful stories to tell about living on the land. One that I particularly remember involved two SAS soldiers.

Who Dares Wins
Is the motto for the Special Air Services, based in Hereford since 1960. The SAS counter terrorist wing, largely a covert regiment of the British Army famously took part in a hostage rescue operation during the Iranian Embassy Siege in London in 1980. It was reputedly an SAS man who, while watching a rerun of the Embassy Siege on TV with the Prime Minister, asked Mrs Thatcher to move her ****ing head out of the way. More recently SAS troops have been sent to Syria, tasked with trying to track down the Islamist State terrorist group and in October 2014, the SAS began executing raids against ISIS supply lines in western Iraq, using helicopters to drop light vehicles manned by sniper squads. SAS claims to have killed up to eight ISIS fighters per day since the raids began

Lifting Bullocks
The endurance tests the SAS have to pass in order to join this elite force, take place on the Brecon Beacons and Black Mountains near the English/Welsh border where Annie and John farmed in Herefordshire. One blistering hot summer day while moving cattle across a road, one bullock decided the gate was for cissies and it was much more fun to jump the thick hedge. He miscalculated the hedge’s size and banked its width, straddling fore and hind legs either side. Attempts to drive him forward and off the hedge came to no avail. Tempers became frayed in the midday heat; a swarm of flies taunting the animal didn’t help much either. The bullock was becoming more and more distressed when the cavalry arrived in the form of two SAS men jogging down the road. They took off their stone-laden rucksacks (carried as part of the endurance test) linked hands underneath the animal’s belly and heaved the bullock forward and over the hedge. Without a backward glance the bullock bucked happily and went his merry way.

Concerned for the animal’s welfare, and clearly in touch with his softer side, one of the soldiers said, ‘Now, Missus, that animal has been traumatised and when you get him home he’ll need some calming down.’ Annie smiled, thanked the men and herded the beast into the field to join his mates. She and Uncle John then headed off home for a well-earned glass of home made beer. They told my cousin Rose what had happened. ‘Only someone from Off could come out with a line like that.’ Uncle John said, Traumatised bullock, my elbow, silly ole bugger more like!

Below a few pictures of the Black Mountains and Llanthony Priory. 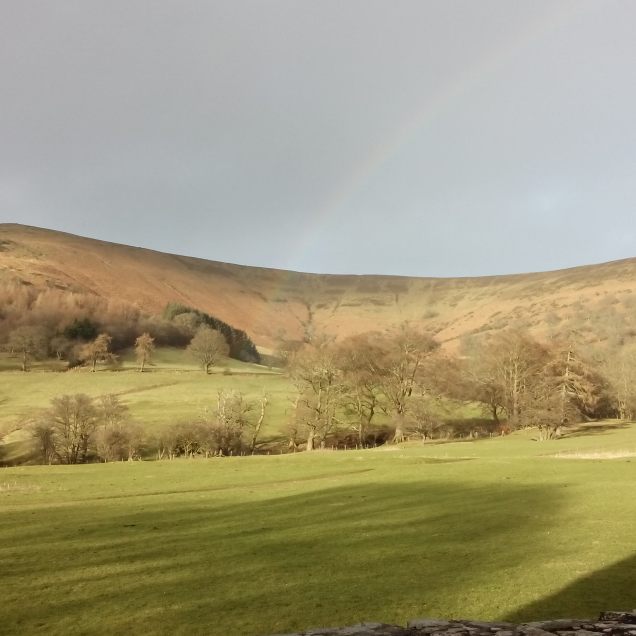 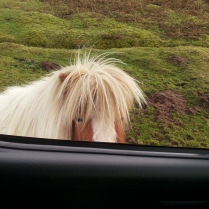 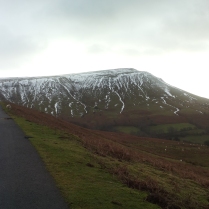 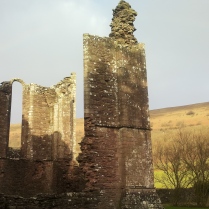 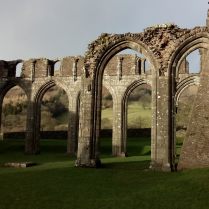 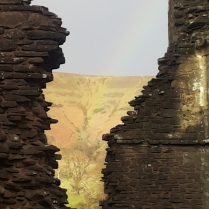 Angela writes using pseudonym, Susan Carey. She has dual nationality, GB/NL and lives in Nijmegen. Susan has had short fiction published on multiple platforms and was a runner-up in the 2018 and 2017 Casket of Fictional Delights Flash Competitions. Her writing has also been published and performed by amongst others: Mslexia, Liars’ League, Reflex Fiction, the Casket and of course the wonderful Writers Abroad. In 2020 she published her short story collection, Healer. Tweets at @su_carey
View all posts by susancarey →
This entry was posted in Uncategorized and tagged Black Mountains, Brecon Beacons, English Welsh border, Farming story, Hereford, Herefordian, Llanthony Priory, SAS, Special Air Services. Bookmark the permalink.

4 Responses to Herefordian Through and Through