Getting in a Pickle!

On 14 and 15 March an Iamsterdam event is taking place called, 24H Amsterdam. All sorts of enterprises and entrepreneurs are opening their doors to public who might not usually get a chance to sample their services or wares. One of these events was the opportunity to sniff around the local pickle factory. Kesbeke have been pickling onions, gherkins and piccallili in Amsterdam since 1948. It’s a family-run enterprise. They started small, selling their hand-bottled products as street traders; taking their pickles on wooden handcarts and selling them in all the neighbourhoods of Amsterdam. The Kesbeke logo incorporates the three crosses which are part of Amsterdam’s coat of arms. The business is also run under the triple-p concept which means making a profit but also taking into account peoples’ needs with respect for the planet’s resources.

With the current trend for locally-sourced products, Mr Kesbeke and his crew were overwhelmed with the amount of visitors wanting to learn more about their factory on the 24H Amsterdam open day. Fortunately our group also had about 10 minutes with Mr Kesbeke himself who still has a passion for sharing his extensive knowledge of the pickle trade.

Only ten people work on the factory floor but in one day they can process a mind-boggling 100,000 jars of pickles! Their signature product is pickled gherkins. Gherkins grow in sub-tropical climate and are all picked by hand and then shipped to Holland for processing. First they are washed, then potted, then vinegar and sugar are added and finally the product is pasteurised to kill all bacteria. They then go to the warehouse where they are labelled and eventually delivered. There is also a shop opposite the factory entrance where they sell more artisan products as well as their usual fare; Fijne Tafelzuren b.v., Adolf van Nassaustraat 2-8, 1055 RP Amsterdam

Kesbeke pickles is a national product, only sold in the Netherlands although there is a growing market in Saudi Arabia?! In the old days there were ten pickling companies in Amsterdam but now Kesbeke is the only remaining one. Nice to know there’s a thriving company employing local people on one’s doorstep. So the next time you spice up your meal with some picallili, spare a thought for all the people who have worked hard to bring it safely and tastily to your plate. 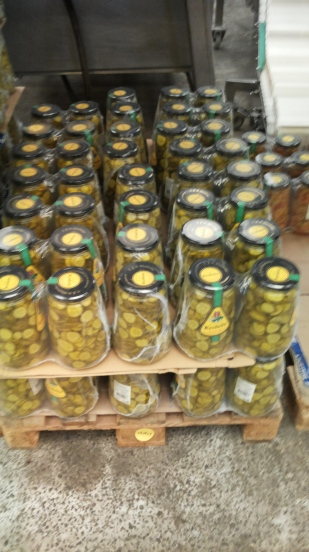 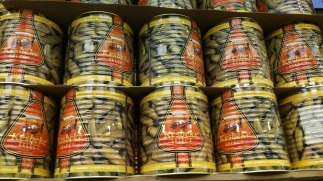 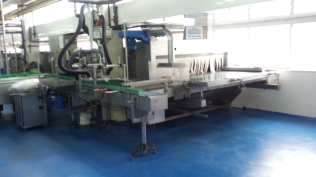 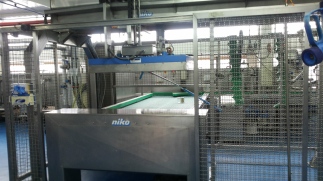 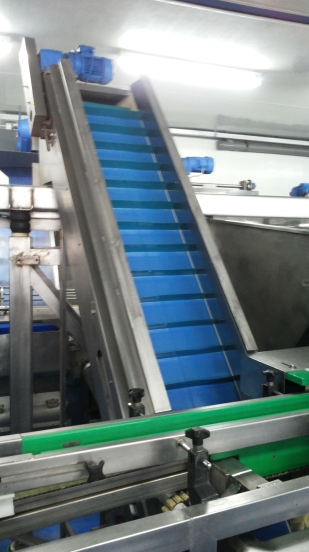 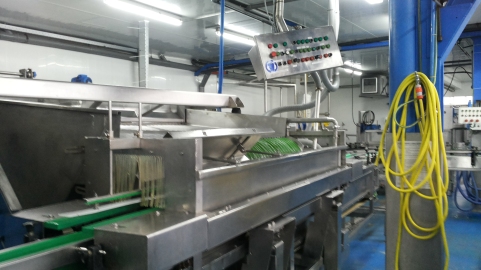 Angela writes using pseudonym, Susan Carey. She has dual nationality, GB/NL and lives in Amsterdam. Susan has had short fiction published on multiple platforms and was a runner-up in the 2018 and 2017 Casket of Fictional Delights Flash Competitions. Every year she is crazy enough to take part in Nanowrimo, and has done so successfully since 2009. Her writing has also been published and performed by amongst others; Mslexia, Liars’ League, Reflex Fiction, the Casket and of course the wonderful Writers Abroad. She has a love hate relationship with her adopted hometown and often dreams of living in a thatched cottage, far from the madding crowd.
View all posts by susancarey →
This entry was posted in Uncategorized and tagged 24h Amsterdam, augurken, Bos en Lommer, I amsterdam, Kesbeke, picallili, pickles, triple p, uitjes, verantwoord ondernemen. Bookmark the permalink.