Day trip to Kinderdijk and Dordrecht

Planning a holiday requires decision making; where, how, why, what, who with and no small matter, how much? So it’s really lovely to discover a place in your own country, that is nearby, and can give you an enjoyable day trip or even a few days out. So, first drive to the village of Kinderdijk, have coffee and hire bikes at http://www.deklok.com/ Hop on aforesaid bikes and cycle along UNESCO World Heritage Site, Kinderdijk.

Kinderdijk is a village in the Netherlands, in the province South Holland, about 15 km east of Rotterdam. Kinderdijk is situated in a polder in the Alblasserwaard at the confluence of the Lek and Noord rivers. To drain the polder, a system of 19 windmills was built around 1740. This group of mills is the largest concentration of old windmills in the Netherlands. The windmills of Kinderdijk are one of the best-known and most beautiful Dutch tourist sites.

The name Kinderdijk is Dutch for ‘Child’s Dyke’. In 1421, during the Saint Elizabeth flood of 1421, the Grote Hollandse Waard flooded, but the Alblasserwaard polder stayed dry. People say that when the terrible storm had subsided, a man went on to the dyke to see if anyone or anything could be saved. In the distance, he saw a wooden cradle floating on the water. As it came nearer, it appeared to rock from side to side. A cat was balancing on top of the cradle, stopping it capsizing by jumping back and forth on the cradle’s hood. Eventually the cradle came close enough to the dyke for a bystander to pick it up. The baby was quietly sleeping inside, nice and dry. The cat had kept the cradle balanced and afloat. This story gave birth to the folktale and legend and name, Kinderdijk.

Speed over the Water

After taking in the windmills hop on a Waterbus which leaves from the road at the end of the windmill route, and in about 15 minutes you will find yourself in the beautiful city of Dordrecht. After disembarking, rather like Mary in the Secret Garden, stumble across a walled garden and discover the culinary and horticultural delights of Villa Augustus. A water tower converted into a boutique hotel. The restaurant, in a separate building, serves organic produce from its large and impressive garden. I’m planning to go back for a short stay this summer but it’s easy to do Kinderdijk and Dordrecht in a day trip from Amsterdam. Your OV chipkaart works on the waterbus, service 202 (summer months only) otherwise it’s around 4 euros each way. Alternatively, you could cycle to Dordrecht from Kinderdijk; suggestions for cycle routes on Kinderdijk website.

Oh, and don’t miss the little Fergie, TE-20 in the garden at Villa Augustus. I used to drive this model when haymaking back in the day… 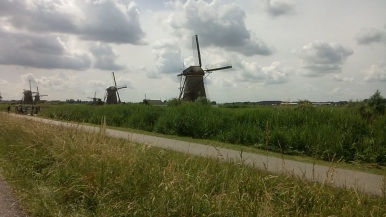 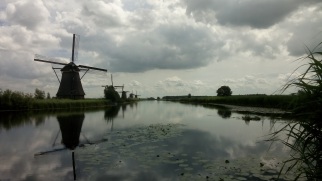 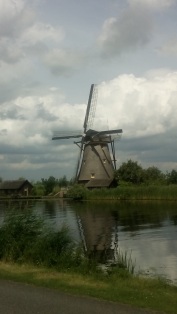 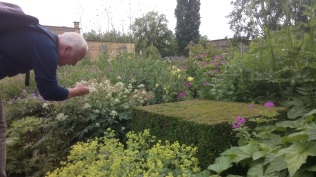 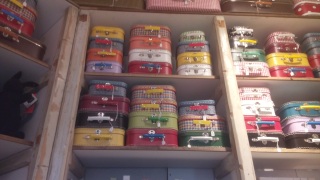 Angela writes using pseudonym, Susan Carey. She has dual nationality, GB/NL and lives in Nijmegen. Susan has had short fiction published on multiple platforms and was a runner-up in the 2018 and 2017 Casket of Fictional Delights Flash Competitions. Her writing has also been published and performed by amongst others: Mslexia, Liars’ League, Reflex Fiction, the Casket and of course the wonderful Writers Abroad. In 2020 she published her short story collection, Healer. Tweets at @su_carey
View all posts by susancarey →
This entry was posted in Uncategorized and tagged Cat and the Cradle, Day trip from Amsterdam, Dordrecht, kinderdijk, Top sights in the netherlands, Villa Augustus, waterbus. Bookmark the permalink.